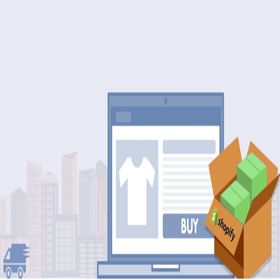 Node.js is one of the latest innovations in the field of web application development. With the help of Node.js, merchants and developers can create amazing backends for websites, web applications, and mobile devices. However, creating a web application with the help of Node.js can be a complicated process for merchants at times. As it follows a different architecture than other contemporary backend technologies available. Hence, putting efforts towards creating a proper plan for project architecture beforehand while working with Node.js is a must for merchants. For this, they can also hire Node.js development services for their business.

However, a number of merchants tend to avoid proper planning of their website while using Node.js for development. This often happens because either they are unaware of its importance or are trying to rush the development process. But this in the long run can make things more complicated for developers and adversely affect the quality of web applications. To avoid such scenarios, in this article we will discuss the Node.js project architecture best practices. But before we dive into that, let us first take a look into the possible drawbacks of not following best practices for project development.

Project architecture plays a crucial role in craving the path of a smooth development process. For this, pre-planning of architecture is a must. Below is a list of some of the drawbacks of improper planning:

From the discussion above, we can easily conclude that without proper planning of Node.js architecture the development process can become daunting. To avoid this, it is a must for merchants and developers to adapt to the best practices at the start of the project. But due to a lack of proper knowledge, a lot of merchants tend to avoid this. Below is a list of some of the best practices for creating efficient web applications using Node.js:

Creating relevant folders for each and every functionality and storing functions in them is one of the primary steps for a cleaner codebase. For this, merchants and developers can create the required folders prior to the development process and store their codes accordingly. This would make the codebase scalable and easy to test.

Keeping the business logic separate provides developers more clarity of their application’s functionality. Further, it also amplifies the scalability and flexibility of the project by creating a cleaner codebase. Service layers basically consist of a cluster of classes with logic respective to the application methods. As a result, it makes the business logic more manageable for developers.

Node.js can be an amazing technology for merchants to create their software applications. However, without the use of the practices mentioned above the codebase can become messy and prone to errors. So, adapt to the mentioned project architecture best practices today for efficient Node.js development.

This podcast has no episodes yet! Check back soon.
1X