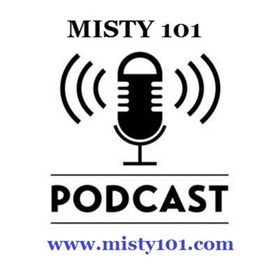 Talk show looking at what is going on around the world and listening to some of the great stories. We publish our Podcasts twice per week on Tuesdays & Fridays every week. You can subscribe on www.misty101.com and receive notification of new show and offers.

Our listeners can send us their own experiences and we put the most interesting ones on our next Podcast.

Vladimir Putin won't be too happy with name of daughter's boyfriend

'Card got declined' Mum 'outraged' after she was hit with £1,300 internet bill from EE

Man stung with £400 fine for leaving cardboard out for recycling

The families of Russian servicemen are desperately searching for their sons

Ukraine prepares for 'battle for Donbas'

Ukraine is bracing itself for a "hard battle" to come

Ukraine is bracing itself for a "hard battle" to come

Boris Johnson on the brink...

Aliens are among us and abducting people from earth, professor says

All the signs that China is beginning to turn on Russia

Even if Russia captures Kyiv and Kharkiv, Putin has already been defeated after starting unwinnable war

'We should be depressed': Kremlin adviser reveals

Russian envoy warns of right to counterattack in eastern Ukraine

'We're on the edge of a precipice': PM warns of 'very dangerous' situation in Ukraine amid Russia invasion fears

Iran Says In talks With Russia, China Over New Airports

Tesco to cut hundreds of jobs as it axes meat, fish and deli counters

Boris on the brink: Labour storm ahead in latest polls after party shock

Russia is preparing for 'false-flag operation' in Ukraine after massing troops at border, US warns

Goldfish learn how to drive

Man ‘goes to hospital with WW2 shell stuck in bottom’

Did Ancient Egyptians Have Electricity? And Was The Pyramid Of Giza A Power Plant?

'too many' double-jabbed Brits in hospital with Covid

why CNN journalist is in Edinburgh for COP26…

This type of snake has killed more people than all others combined, and one has been found in Essex

I used to love being a GP. Now I feel useless, scarred for life’: fears as staff quit after abuse

Protests Break Out in Europe As Electricity Prices Soar

Mummy, Why Don’t You Hug Me?

US Has No Right to Block Iran's Legitimate Trade

‘Class cleansing’ is killing London, as poor people are removed from communities like vermin

After Afghan defeat, West must realize that not everyone wants democracy with ‘Netflix & LGBT marches’

how brands will destroy own reputation

A pint of beer a day is good for you. Cool! Drink it quickly though, as another report may soon say otherwise

Fight against Obesity in UK