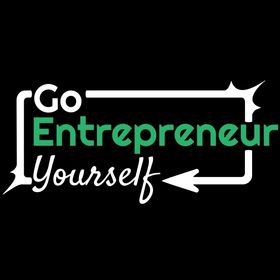 We all know the inspiring leaders, innovators & entrepreneurs of our generation but have you ever wondered how they got started, what their business looked like before the launch, or when they got their big break? Go Entrepreneur Yourself is a new podcast about two guys interviewing entrepreneurs and leaders in different stages of their business, from up & coming to established startups. Whether you are an aspiring entrepreneur, in the process of creating your business, or enjoy hearing stories on how entrepreneurs build their empire, then this podcast is for you.

📱 The Best of Both Worlds: Josh Little, Entrepreneur and Founder of Volley - Video Messaging App

💊 Being Sober on TikTok: Ronny Morales, TikTok Mid-tier Influencer and Host of We Sober Now

A Data-Driven Startup Company That Helps You Understand The VC, Crypto, and Industry Landscape: James Giancotti of Oddup

How Can Incubators Help Start My Business: Paul Hershenson & Matthew Walk of Incub8Next

WE ARE BACK! New Co-host & what to expect from Season 2

From worst pitch to landing a deal on ABC's Shark Tank: Stephan Aarstol of Tower Paddleboards

What is a Social Media Investment Platform: Ken Mooso of PersonaFi

What do you want to be known for: Branding expert Brenda Ruby

The service side of entrepreneurship: Reyna Montoya of Aliento

Episode 0 - Who is Go Entrepreneur Yourself

From dropping out of college to starting a business: Zulma Stevens - Immaculate Cleaning Solutions

An entrepreneur with a sense of humor: Empowerment Comedian Ernie G